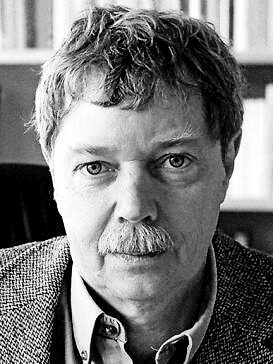 Born on 12th January 1946, in Grabs (Switzerland). Study of philosophy and biology in Tübingen and Berlin, M.A. Philosophy (1973), degree in biology (1979) and doctorate as Dr. rer. nat. Free Univ. Berlin (1982), habilitation in molecular biology Free Univ. Berlin (1987), university lecturer Lübeck Univ. (1990), Associate Professor Salzburg Univ. (1994), Scientific Member (since 1996) and Director (since 1997) at the Max Planck Institute for the History of Science. “Honorarprofessor” (part-time prof.) TU Berlin for the history of science and technology (since 1998). Since 1998, member of the Berlin-Brandenburg Academy of Sciences and Humanities, since 2002 member of the German National Academy of Sciences Leopoldina, honorary doctorate of the ETH Swiss Federal Institute of Technology Zurich in 2002, recipient of the Cogito Prize (2006).

Hans-Jörg Rheinberger (born 12 January 1946) is a historian of science who comes from Liechtenstein. He was director of the Max Planck Institute for the History of Science in Berlin from 1997 to 2014. His focus areas within the history of science are the history and epistemology of the experiment, and further the history of molecular biology and protein biosynthesis. Additionally, he writes and publicizes essays and poems.

Hans-Jörg Rheinberger was born in Grabs, Switzerland on 12 January 1946. He is the great-grandnephew of the composer Josef Rheinberger and grandchild of the artist and architect Egon Rheinberger. He studied philosophy, linguistics and biology at the University of Tübingen, the Free University of Berlin and the Technical University of Berlin. After completing his magister degree in philosophy (1973) he earned his doctorate (Dr. rer. nat.) in 1982 with a dissertation concerned with protein biosynthesis and habilitated 1987 in molecular biology at the FU Berlin.

From 1982 until 1990 Rheinberger worked as research assistant and research group superintendent at the Max Planck Institute for Molecular Genetics in Berlin-Dahlem. The following two years he spend as visiting professor at the universities of Salzburg and Innsbruck. After a sabbatical at Stanford University (1989/90 within the program “History of Science”), he was senior lecturer at the Institute for the History of Medicine and Science of the University of Lübeck from 1990 until 1994. Subsequently, Rheinberger was associate professor at the University of Salzburg until 1996.

Since 1996 Rheinberger is scientific member of the Max Planck Society and has been director at the Max Planck Institute for the History of Science from 1997 until 2014. Since then he is Emeritus scientific member of the institute. From 1993 until 1994 he has been fellow at the Berlin Institute for Advanced Study. In 2000 Rheinberger taught in the capacity of visiting scholar at the Collegium Helveticum of the Swiss Federal Institute of Technology in Zurich, 2006 at the Johns Hopkins University in Baltimore and 2016 at the Northwestern University in Evaston. He is honorary professor at the TU Berlin, member of the Berlin-Brandenburg Academy of Sciences and Humanities, the Academy of Sciences Leopoldina, as well as the P.E.N.-Club Liechtenstein.

Rheinberger’s primary field of activity within the history of science is the epistemological exploration of the experiment and of the research practices of the natural sciences with focus on the biology of the 19th and 20th century. In his studies he describes “experimental systems” to be the driving forces within the development of the modern natural sciences.[3] He developed his corpus of theoretical categories in dependence to the philosophy of Jacques Derrida and draws many inspirations form the works of Gaston Bachelard.

His main focus is aimed at the “structures of the experiment”, which he deciphers by applying reconstructive analysis to the work in laboratories concerned with biological research. In contrast to the common self-image the researching science themselves hold Rheinberger shows that planning and control is less defining the every-day-business of research than improvisation and chance. According to Rheinberger promising “experimental systems” are distinguished by the amount of space the grant an “epistemic thing” to unfold itself. This is, as he puts it, imperative to “deal prodictively the unknown”.

•2006: Honorary doctorate at the ETH Zürich

Courses and Articles by Hans-Jörg Rheinberger