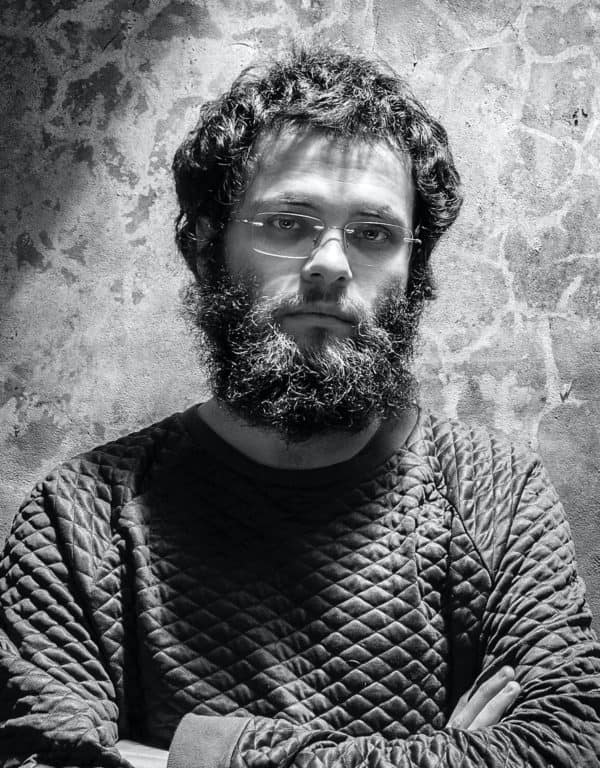 https://csismn.com/
Candas Sisman is a multi-disciplinary artist who creates graphics that breathe life into digital images by forming depth on electronic screens.
Candaş Şişman (1985, İzmir-Turkey) studied fine arts in high school and graduated from the Animation department of Eskişehir Anadolu University. He spent one year at university in the Netherlands, studying multimedia design. In 2011 he co-founded Nohlab, a studio producing interdisciplinary experiences around art, design & technology. He is also a member of NOS Visuals, which is a collaborative platform that creates real-time, sound-reactive audiovisual performances. For the last five years, he gives lectures on the interaction between sound and visuals in university. Candaş Şişman has received several awards since 2007, among which is an Honorary Mention from Prix ARS Electronica Computer Animation/Film/VFX and Jury Selection Award in Art Division from 18th Japan Media Arts Festival. He participated in many exhibition and festival, such as Venice Architecture Biennale, TED X, ARS Electronica, Todaysart Festival and Japan Media Arts Festival. Candaş Şişman recently exhibited Sonicfield-01 Sound Installation in Venice Architecture Biennale and ‘FLUX’ audiovisual installation among İlhan Koman Hulda festival in İstanbul. Candaş Şişman aims to manipulate our notion of time, space and motion by his work, using digital and mechanical technologies. Taking the natural sciences and universe as his reference point, the artist combines physical forms with digitally produced images. Thus a bridge between the physical world and the digital world becomes visible. The works of Şişman build on complex bases, but the forms are simple, allowing the audience to engage in intellectual interaction with the artwork, in which the “process” is the utmost important structural element. The artist lives and works in İstanbul, and is represented by PG Art gallery in Turkey.
← Show previous mentor
Show all mentors All
Show next mentor →